Located between Oak Ridge Road and Clinton Road on Route 23 South, The Newfoundland Post Office serviced local residents until it moved into its new location in Lakeland Plaza in the 1970s.

The postmaster at the old location was Jim Norman, who lived in Newfoundland for many years. Jim was also a member of the Community Fire Co. in Newfoundland and a founding member of the North Jersey Historical Society. After retirement Jim moved to Colorado to live with his son and passed away there.

The Indoor Pool at Idylease 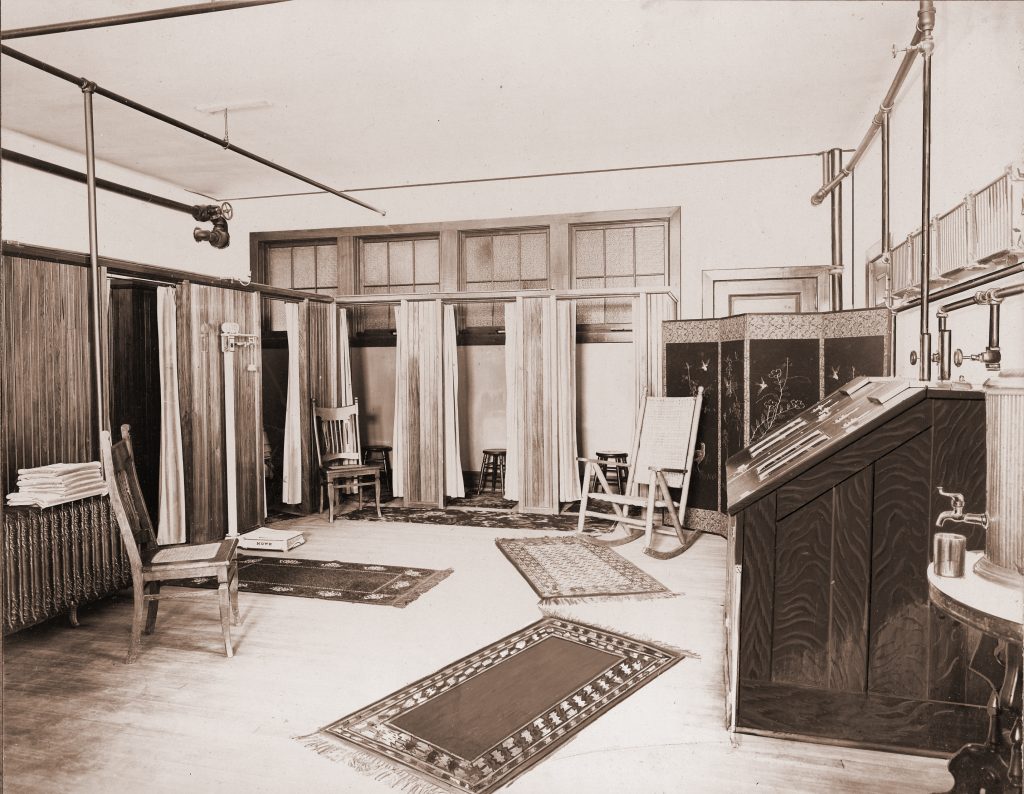 Idylease was widely advertised around the turn of the century as a modern health resort, offering “All Forms of Hydro-Therapy and Massage.” Idylease was established as “quiet, homelike facility with a staff of physicians that made referrals from their respective practices based in Brooklyn, NY.” The facility boasted Norwegian-trained massage therapists, and the “most approved scientific apparatus for administering baths, sprays, and douches.”

The original Hydrotherapy suite (pictured above) where baths were administered to alleviate symptoms of overeating, drinking or for various nervous ailments. After a hydrotherapy session, the now relaxed guest could seek simple pleasures like a game of billiards, reading before Idylease’s impressive hearth during the winter. For communicating with the outside world, the Hotel was equipped with telephones, but most guests relied upon the more conventional, letter or postcard.

On September 3, 1909, E. O. Wakley used one of Idylease’s hand-tinted postcards to write a friend. Wakley spoke of strong wind and nippy 48 degree weather, but indoors, radiant heat, sunshine, and “hot boxes in the treatment room” prevailed. “I’m improving. steadily,” Wakley wrote, and “hope to be my old self some day!” 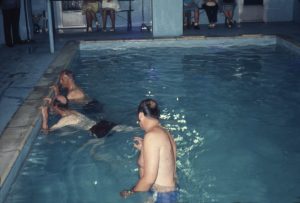 As time passed Idylease developed a reputation primarily as a medical facility. In 1954, Dr. Arthur D. Zampella purchased Idylease and converted the resort into a nursing home.