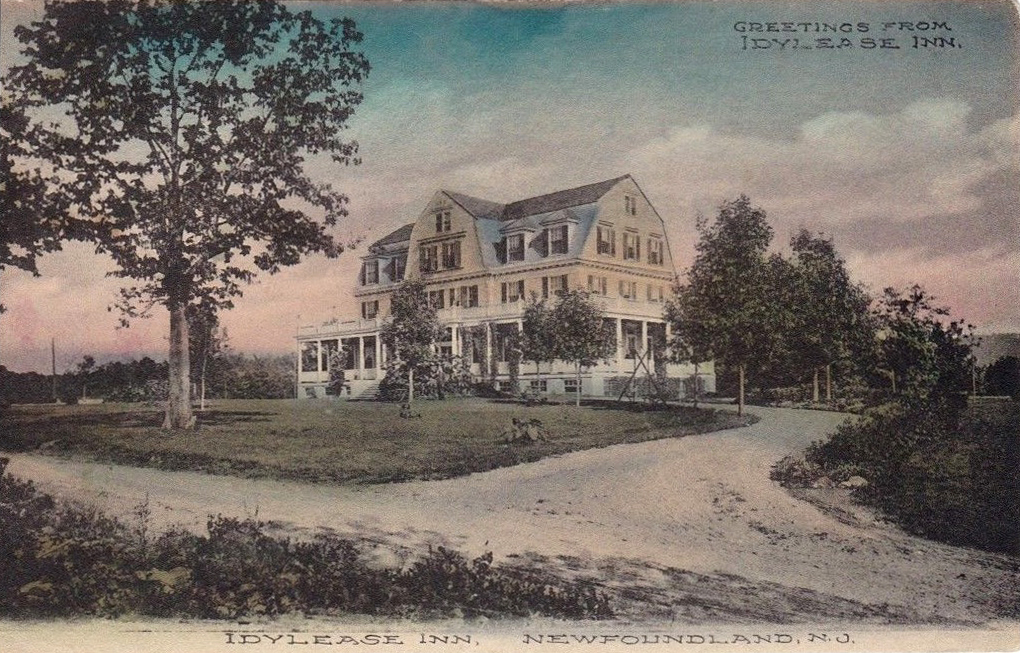 For many years two stories have circulated about how Idylease derived its name.

Names for historic structures and landmarks give the people that live in the area a sense of place and speak to those locations and their particular place in time.

Several different explanations prevail about the naming of Idylease. Let’s first determine what is known for certain. Originally the area where Idylease is located was part of a 1,000 acre parcel that was owned by Theodore Brown who established Brown’s Hotel in Newfoundland in 1855. Dr. Edgar Day, a Brooklyn physician, along with 11 other investors built Idylease in 1902-1903. It was a place where cheerful hospitality reigned for persons “wearied or worn with the ceaseless turmoil of the city.” Originally, Idylease was planned as both a vacation spa and resort hotel.

Mention in a 1903 guidebook, yields an entry where State Rt. 23 crosses the Pequonnock River and the New York, Susquehanna and Western Railroad, narrowing the run between the parallel Pequonnock and a shale escarpment. This is a region of small lakes off the main highway, exploited by real-estate development companies as “The Idyl A While of the East”. Did Idylease derive its name from the locale of this reference? Or… does it’s name originate from the combination of syllables that include: Idyll – “an extremely happy, peaceful, or picturesque episode or scene, typically an idealized or unsustainable one” and Ease – “absence of difficulty or effort” as in ease of living? Somewhat of a literary romantic, it is also believed that Edgar Day named the resort after Alfred Lord Tennyson’s “Idylls of the King,” an epic poem about Camelot and the legendary King Arthur’s court.

The background story of the naming of Idylease may never be known for certain and has probably died along with those who built the structure at the turn of the century.

Memories of My Aunt Alice: Resident at Idylease